The Trust and the Minister of Conservation entered into a 25 year Ngā Whenua Rāhui Agreement on 12th February, 2005..." to manage the land so as to preserve the natural environment, the landscape amenity, the wildlife habitat, the freshwater habitat, the historical value of the land, and the spiritual and cultural values which tangata whenua associate with the land".

Conditions attach to the Agreement, such as not allowing domestic stock to graze on Trust land, and keeping the land free from troublesome plants and animal pests. Other conditions apply.

The Trust can use the land in many ways, such as for hunting, ecotourism-a large range of uses, provided it looks after the environment, and abides by the conditions of the Agreement. In return, the Trust was paid a sum of money to assist it meet its obligations.

The Trust has a long standing working relationship with Horizon Regional Council.

The relationship revolves around weed and pest control-principally the 'Wilding Pine' which is a major pest south of the Kaimanawa Forest Park, and on lands between the desert road and the Kaweka Forest.

The Council completed a chopper fly-over of Trust and nearby lands in mid February 2016 to assess the presence of wilding pine. It will eventually release its findings to those landowners and work with them to set a programme to eradicate the weed.

The Trust takes the responsibility of looking after its lands seriously. In most years some form of activity takes place that is aimed at looking after the environment.

2015/16 initiatives included annual night-time surveys for the presence of Kiwi on the land, and development of a deer management strategy. 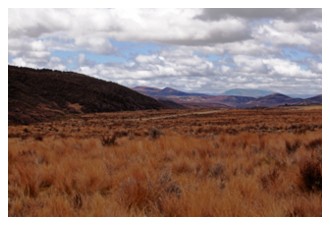 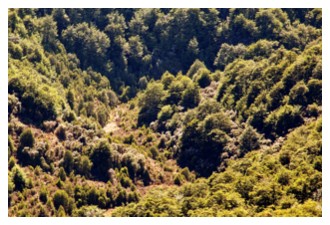